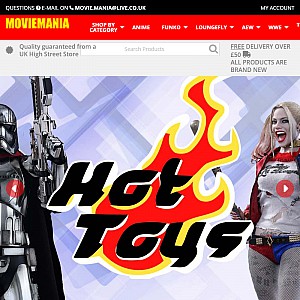 Search our database of over 3 million UK registered companies. Find free information on every UK company including data such as Company Key...

Leadership Blog is the UK's premier leadership styles resource. Find quality leadership articles and advice from authority figures in one...

Moviemania is a family run business with branches based in Littlehampton and Bognor Regis, that specialises in the supply of an extensive range of action figures and sideshow collectables from the online store, including those from major brands such as Funko Pop!Vinyl and Hot Toy Action Figures. Moviemania also buys, sells and trades pre-owned DVDs, Games, Consoles, Accessories and more.